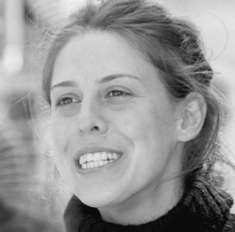 Caterina Benincasa obtained her degree in Physics and Philosophy, then specialized in Aesthetics & Theory of Contemporary Art, in History of Science, and in Heritage Studies. Her professional background in event organization, curating exhibitions, conferences and publications, coupled with her interests in exploring the intersections of art and science, led her to co-found Polyhedra, a non-profit association promoting cross-disciplinary research and activities, for which she serves as director and treasurer. She has been visiting lecturer at the Academy of Fine Arts in Sassari, researcher in Neuroaesthetics at Don Gnocchi Foundation, and recently worked for the ‘Modern Geometry and the Concept of Space’ research group at the Max Planck Institute for the History of Science.

Elliat Graney-Saucke has worked in cultural event organising in the US and in Europe. Her background ranges from community based arts festivals to regional, national and international conference and network meetings, most notably with Innovate Heritage (Berlin, Germany), the National Performance Network (Seattle/New Orleans, US), and IETM international network for contemporary performing arts (Brussels, Belgium/Athens, Greece). As a cultural worker, event organizer, documentary filmmaker and performer, she has received awards from the Mayor of Cottbus and the City of Seattle’s 4Culture fund among others, as well as acting as a guest artist at the Universities of Vienna (AU), Saarbrucken (DE), Washington (US) and Minnesota (US). Elliat holds a BA in Cultural Studies from Goddard College (Vermont, US) and an MA in World Heritage Studies from BTU Cottbus (Germany). She currently lives between Seattle (US) and Berlin (DE), working for Pat Graney Company (Dance) and Reel Grrls (Filmmaking). 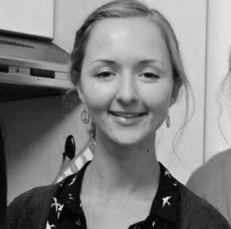 Courtney grew up in New York where she earned her BA in global management and a minor in cultural studies. Soon after graduating, she served as an AmeriCorps VISTA in northern California as a communications and outreach coordinator for a children’s advocacy group. Most recently, she completed a half year internship in Northern Ireland at the Mourne Heritage Trust, collecting and archiving the local history. She recently completed her master’s thesis on heritage site application procedures, specifically the obstacles of the National Park proposal in the Mournes. International partnerships and collaboration is a strong passion of Courtney’s and she is excited to be joining Innovate Heritage on it’s second session. 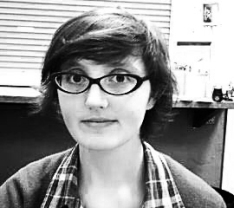 Anne O’Dowd, based out of Seattle, Washington (US) works in cultural production and event management, currently acting as Technical Director and Production & Operations Manager at the Northwest Folklife Festival (the largest free folkarts festival in the United States). Additionally she has worked as Production and Operations Manager at the Northwest Tea Festival, the Bend-It Extravaganza, Bumbershoot music festival, Seattle Interactive Conference, Seattle Tattoo Expo, Pridefest, Capitol Hill Block Party, Freemont Fair and the Vera Project. Anne’s interests lie in accountability and equity in community relations as a part of cultural curation/production. She is often known to have a vast collection of tea at all times as well as to greatly enjoy visiting as many UNESCO World Heritage Sites as possible while traveling. 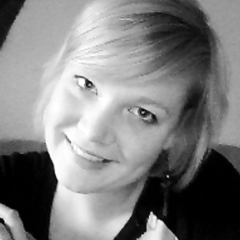 Frauke M. Seebass is based in Berlin and is pursuing a Masters in Linguistics at the University of Potsdam.